In a recent buzz around Bharti Singh and her husband, we now hear that the central agency – NCB has approached court in Mumbai to cancel the bail of the two. Yes, you heard it right, if you check the latest development, the officials were not happy with the bail given to the comedian and her husband Harsh Limbhachiya in a drug case. They have even slammed the officials handling their case with ease and negligence that allowed them get away with the bail. The two officers were dismissed for the same claims.

The couple was arrested on 21st November for possessing 86.5 grams of ganja in their home and also at their residence. The couple was given bail with the fine of 15k to both of them. This has led the NCB to approach the special NDPS Court in Mumbai asking for the cancellation of the bail and sending the two back to judicial custody. The officials claim that they were not interrogated as yet and hence their custody is really important for them.

As per the court, they were given bail only because the quantity of the drugs recovered from them was too little to hold them long in custody. As per the NDPS Act they should contain more than 1000 grams of drugs in order to remain in custody for long in custody. But with a small amount of drugs found with them, it was too little and less to hold them for long. Ever since the drug element in Sushant’s case came out in the media, the NCB has been leaving no stone unturned to book the people in Bollywood behind the bars. 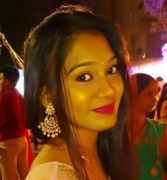