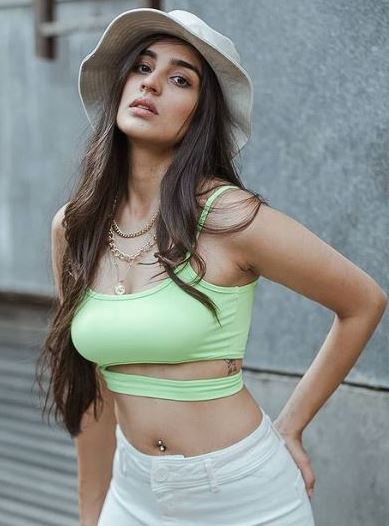 Yukti Thareja is a model and actress who hails from Karnal, Haryana. She was born and brought up at this place. She completed her schooling from her hometown, while for her graduation she headed to Delhi to join Sri Govind Singh College of Commerce. While she headed to participate in MTV Supermodel contest skipping her college exams. Since then she entered into the modeling world becoming the face of Delhi by participating in the Delhi Times Fresh Face 2017.

She soon was seen showcasing on brochures for online portals for brands like Hallmark Suits and House of Pink. He then headed to join a modeling agency and thus was seen doing various marketing agents. Her family was not in favor of her decision to enter the modeling field. She was seen joining a music album called Lut Gaye with Emraan Hashmi.

Talking about her personal life, she is single and not dating anyone. She is focusing on career on it. Well, she is also active on social media and thus has a huge fan following on Instagram. She has a tattoo on her torso. Stay tuned to know more about the lady and others only with us. If you have anything to share do let us know by commenting below.